We are a multilingual family of six with English and Danish spoken at home, and Irish in school and preschool. My husband and I are in a parent-teacher meeting on zoom with our daughter’s first class teacher. After a lovely and warm report on our daughter’s academic and social skills, I ask him how she is doing with her reading, my greatest concern as she is learning to read in three different languages – two in school, a third at home. The teacher is surprised “She has a third language?” and looks both amazed and embarrassed at the same time, perhaps wondering how he did not know this already. The teacher, having re-composed himself, reassured us that we need not worry, her reading is fantastic. Two years ago, when this conversation ensued, our daughter was very embarrassed about her third language, despite attending a Gaelscoil and thus immersed in a multilingual environment. While she considered Gaeilge a normal second language to have, Danish was not common, which to her meant that it was embarrassing. She did not like to speak it in front of others and was uncomfortable with me speaking it to her around her friends. She also did not want her teacher to know.

Two months after the parent-teacher meeting, Covid-19 caused another school closure and we were back engaging with the teacher on Seesaw, the school app that has now become many parents’ association with painful months of emergency remote learning (let us not even pretend that this constituted home schooling). We posted the work my daughter did at home but she refused to have her Danish reading/writing work shared with the teacher. I emailed the teacher to try to tackle this embarrassment head on. Every day he would leave personal messages for her on her Seesaw account, complimenting her on the work she had done and, after the email, he started including messages encouraging her to share her work in Danish, commenting on the amazing work she did on learning to read and write in yet another language. While her embarrassment did not subside, a sense of pride started to take hold. Every comment gave a little smile. Fast forward to second class, I now knew to talk to the teacher early in the school year and from the beginning her second class teacher tried to help our daughter with her embarrassment, trying to normalise talking about Danish in the classroom and encouraging our daughter to teach the class a bit of Danish. She remained too embarrassed, or shy perhaps, to do so in school, however she was no longer uncomfortable with me speaking Danish to her in front of others or indeed speaking to me in Danish in front of her closest friends at home at least. It seemed that she was okay with others knowing that she had another language not shared by them. Having just started third class, she is happy to speak Danish with me in most contexts and always happy for me to speak Danish. It has taken us a while to get here and I want to share some key moments in that journey that can provide some food for thought for educators at all levels.

There are two important aspects to this journey: 1) her identity as a Danish speaker, and 2) her felt ability to switch into Danish from English or Irish. I deeply believe that the second aspect is dependent on the first. Her increasing comfort with her identity as a Danish speaker within school and other public, social contexts has improved her ability to switch from a dominant, and thus ‘easy’, language to a minority and more ‘difficult’ language.

As I mentioned, English and Danish are spoken at home and Irish in school and preschool. All three languages are used in the home but not all to the same extent or in the same way. Children’s books and TV are available in all three languages, as well as French, which was introduced in children’s primary school and is also spoken by both parents. My husband has learned Danish and I am trying to fit in time to also learn Irish. We have a lot of focus on all three languages and seize every opportunity that presents itself to discuss or engage with language and culture, and indeed the links between all three languages (Vikings, thank you for this coincidental joint history facilitating our multilingual journey!).

Growing up in a household where we always have a lot of focus on different languages, learning about our own and other cultures and having rich access to literature and media in all the household’s and school’s spoken languages, how did we get to a situation where our children are embarrassed to have a third language? As a lecturer in ECE, focusing particularly on diversity and inclusion, intercultural education and multilingualism, I knew well how to create the right environment at home to foster a positive multilingual language learning environment. In their educational settings I had always let the educators know that we were a multilingual household. So how did we get to here? In the first ECE settings our children attended the educators were aware of the bilingual home, however because our children always kept their languages specific to the context (i.e., used English with English speakers and Danish with Danish speakers) their educators never encountered Danish and therefore, it seemed, never chose to engage with it or bring it into the setting. Indeed, when in one setting they had a weekly day of children bringing in their own books, our daughter brought in books in any of the languages we had available (English, Gaeilge, Danish). If it was in anything other than English, the educators simply said they couldn’t read it and she did not get her book read by them that day. Book Day was her favourite day of the week so with only a few experiences of having her book rejected, the early seeds of that embarrassment may have been sown. When it concerns a child’s sense of identity and belonging, they do not need many such experiences to start to feel embarrassed or shy about themselves. Needless to say our children did not stay in that setting and thankfully we have not encountered such obvious rejection since. Our younger children did not experience such encounters, so it is perhaps no coincidence that only our eldest daughter has shown such embarrassment at her Danish. I often wonder how influential these early experiences were in shaping her identity as a plurilingual child and learner. She has just started third class and while she may still not want to bring Danish into school (yet to be seen) we have come a long way in her sense of identity in relation to her Danish background. How did we do this? It’s time to talk! In the second part of this blog, I outline some strategies and activities we did to ensure our children love and value all aspects of their cultural and linguistic heritage.

Dr. Maja Haals Brosnan is a senior lecturer in early childhood education in Marino Institute of Education. She has a PhD in social anthropology, with a focus on childhood and has worked primarily with research on policy and evidence informed practice in the field of children, young people and families, and in recent years specifically on early childhood education. She lectures in ECEC policy and practice, inclusion, diversity and intercultural education as well as research methods. Her most recent research projects include parental involvement in children’s education, children’s voice in education and the impact of Covid-19 on ECEC practice and on third level students’ experiences of professional practice.

PrevPreviousBilingual voices – reflections on practice
NextTime to Talk: Part 2Next 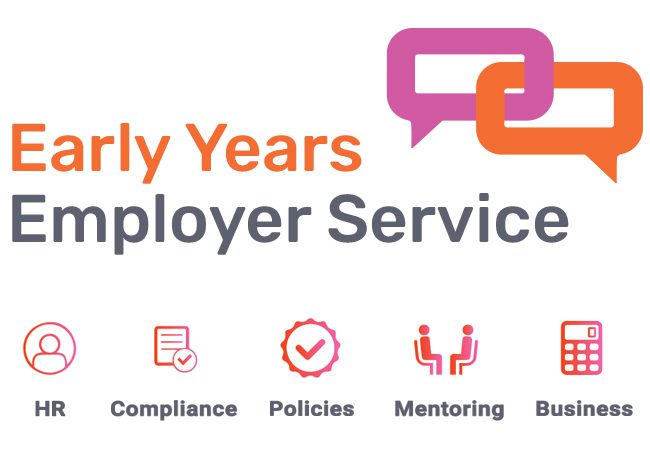