Social Skills Versus Academic Skills – Why the Conflict?

Recently we had a call to the Early Childhood Ireland office. A journalist was writing a piece on the importance of developing social skills over academic skills at the preschool stage, and wondered if we had a comment. As I played with the reply in my head, I quickly recognised the complexities of providing an answer that does justice to our youngest children’s intelligence, knowledge, and capacity for learning. How in a few words do you discuss the concept that in the early years social and academic skills can be intrinsically linked through play, rather than valued one over the other.  So often children’s learning is discussed in a play versus academic model rather than being seen in a holistic manner where, in fact, one supports the other. The old saying “he’s not very clever but he is very good with his hands” obviously never considered that it was the brain that moved the hands, provided the creativity and all the other skills that made the handiwork so good.  One’s interpretation or definition of social and academic skills can frame one’s perception of development and learning. Social skills and emotional interactions of children at play are often observed without reflection on the considerable cognitive knowledge that underpins it. I once watched a 32-month-old child turn and offer a hand to a younger child to help her down a muddy slope. I was impressed at her empathy and the cognitive reasoning that instantaneously occurred as she felt the give in the mud under her feet and immediately deduced that the new younger child to the playgroup might need a hand.

Where does “academic” learning start? Let’s consider some examples I have observed over the years.

Is the adult counting the stairs with the toddler on their way to bed supporting the relationship or the concept of number?

Is the bedtime story a warm social experience or the earliest introduction to academics: observation, literacy, concentration, language, mathematical reasoning and concept formation?

What about the child displaying incredible social skills in organising their 3-year-old peers in a game of house building in the garden, mentally planning and designing the build, developing understanding of size and shape, while also articulating in-depth funds of knowledge of building terminology, gained from observations and experiences with builder dad.

Roles, professions, and life experiences are consistently replicated by very young children in their play. Children digging in a sand pit to fill the buckets at either side of an oversized scales absorb the realities of cause and effect. When I heard them shout out “That’s enough, it’s balanced”, I knew that through their play they were gaining mathematical terms and concepts. In all these scenarios accompanying the recognisable social learning and skills are cognitive academic qualities like those previously mentioned. I am reminded of the four-year-old beekeeper who taught her teacher in-depth scientific information about beekeeping as they played in the summer garden. Knowing herself as a beekeeper, the child brought her beekeeper suit and her considerable knowledge into the playgroup to teach her friends what her grandparents had taught her.

Parental concerns for their children’s education are ever present.  Throughout the years, new concepts and models of education have gained favour. What remains constant however, is children’s innate curiosity to learn about themselves, their families, and the world around them. Children learn in many different ways. Surely the role of adults is to understand and appreciate how our individual children learn, and support them in their endeavours.  Play is universal in nature and for centuries upon centuries it has been how humans have passed on skills, and how young children have become educated in the ways of the world. It seems demeaning to recognise it only as a tool for developing social skills and thus bypass the intense cognitive and early academic elements it helps build. For me, it is play all the way. As a mother, grandmother, and early years educator, I have seen the benefits of a playful childhood across generations and experienced first-hand the foundational early education experiences it provided.

So next time you see children deep in play, consider all the things they have learnt socially and cognitively that makes such play possible. 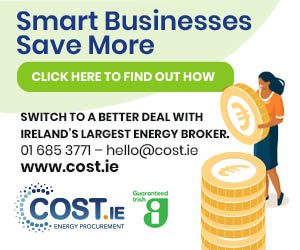 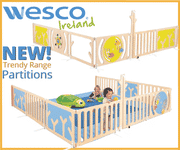