In May 2008 my husband and I adopted a 6-month old baby girl from Vietnam. She has brought us nothing but joy and happiness since then. Kayla has always had a keen interest in her birth country, and we have marked her cultural celebrations such as Tet (Vietnamese New Year) every year. Her birthday is in November and our Vietnamese decorations go up for this. They have been known to stay up until the end of January to celebrate Tet. We had always intended to bring Kayla to visit her birth country.

Our plan was to travel in 2020 but we decided to bring this date forward. One of the couples who adopted at the same time as we did made the trip in October 2017. Sadly, as her husband passed away six months after they adopted, only one parent was there for their visit. It made us think of how difficult that must have been, and what would happen if something happened to one of us. So, the car passed the NCT, and the car fund was changed to the Vietnam fund!

I booked the tickets in October with the intention of them being a Christmas surprise for Kayla, but there was no chance of me being able to keep that one from her. We gave her the email. First, she thought she was going to Heathrow, and then realised it was Vietnam in 2018. She cried and cried, and then all she said was ‘thank you, thank you, Mam’. Then she asked, ‘can we visit the orphanage?’ I knew then that this was something she felt deeply.

We were due to fly from Dublin on Tuesday 20th March 2018, but we couldn’t do that without some drama. Mom (me!) was studying until an hour before we left home. I had somehow made a hash of the visas, and as a result we couldn’t check in and had to order emergency visas which cost €500. (Note to self: don’t have an assignment due in before a holiday).

When we eventually got to check in, the airline was oversold. We had to switch airlines and fly via Doha, which would get us to Hanoi two hours later than the original flight. We had never heard of Doha before but didn’t care if they put us on donkeys so long as we got to Hanoi. We were just a bit emotional.

We got to Hanoi on Wednesday 21st March. On Friday 23rd, we visited the orphanage. We do not have any details of Kayla’s biological family but we knew that two of her carers were still working at the orphanage.

We met with the director and one of her carers, who now works in the office. She was so excited to meet Kayla. She informed us that she had been the one to find Kayla when she was left at the orphanage and that Kayla was the first newborn she had cared for. She then showed us the room where Kayla lived, where her bed was, and where she was bathed. This was new information for us. We got to visit all the rooms and meet the children. Kayla got to hold a baby. At the end of the visit, Kayla said, ‘I feel complete now’.

Afterwards, I asked her what she meant. She said, ‘I had a gap that I didn’t know I had and it is now filled’.

Prior to the visit, her first six months were a story but now they are real for her. She now views Vietnam as her birth country and Ireland as her home. As she announced to a plane full of passengers when we landed in Dublin, ‘It’s great to be back in the motherland. I can’t wait to get home to Nanny and Granddad to have bacon and cabbage.’

This has shown me the importance of Kayla having that connection to her birth country, and how it has impacted her sense of identity and belonging. The importance of early years settings’ role in nurturing and developing all children’s sense of identity and belonging also struck me. From Aistear and Síolta I knew this in theory, but my personal experiences over the last few months have deepened that understanding.

Breda has been manager of Frenchpark & Districts Childcare Clg since November 2007. She previously worked in Finance and Human Resources. She has developed a passion for providing a high-quality service. Breda led the team in acquiring a number of quality awards, including Síolta, Health Ireland Smart Start, NCNA Centre of Excellence, Green Flag, and the Investing in Children Membership Award in 2017. She has a BA in Business Enterprise and Community Development and a QQI Level 6 in Supervision in Childcare. Breda is committed to developing people working in the early years sector and is currently studying for a Level 9 degree in Human Resource Management. 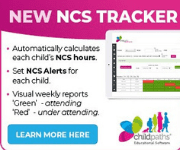 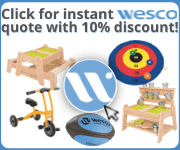