An Uncomfortable Truth: The risk of poverty working in Early Childhood Care and Education

Home
News
An Uncomfortable Truth: The risk of poverty working in Early Childhood Care and Education 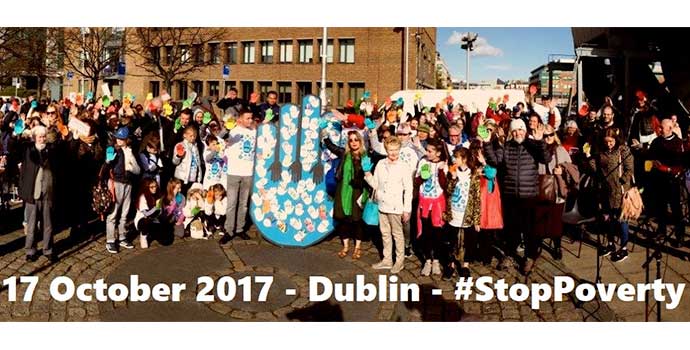 Tuesday 17th October marked International Day for the Eradication of Poverty 2017. Each year, the Department of Employment Affairs and Social Protection supports small initiatives to promote awareness of the Day and issues of poverty and social exclusion. This year the Department funded Early Childhood Ireland (ECI) to produce three videos capturing the impact of poor pay and conditions in the early childhood care and education (ECE) sector on the lives of early years educators.

International Day for the Eradication of Poverty Compilation Video

While recognition of the link between poverty and work in early years by a Government department is welcome, it is difficult and uncomfortable to talk about poverty in the context of a professional sector, especially for the professionals themselves. We appreciate very much the early years educators who contributed to the videos: Lisa Lowry and Edwina Corcoran from Tallaght Childcare Centre; Maria Corrigan, Coleen Loftus and Rebecca Marino from Lollipop Lane Creche, Montessori and Afterschool in Sligo; and Jessica Spratt and Claire Crawford from Island Key Child and Family Service in East Wall, Dublin. It is a brave thing to expose yourself, your personal and financial circumstances publicly. Each of the video participants agreed to speak and share their experience because they want change in the pay, conditions and recognition of all early years educators in the sector. We also thank the owners of the services named, who facilitated the filming out of support and solidarity for their staff.

The most recent figures available to ECI on pay rates comes from our seminal research report Doing the Sums: The Cost of Providing Quality Childcare (September 2016). The report found that the average wage for an early years educator is just €11.12 per hour. This falls significantly short of the Living Wage of €11.70 per hour. The Living Wage is the average hourly gross salary required by a single person, without children, in full-time employment to afford a socially acceptable minimum standard of living across Ireland. Many staff in the early years sector earn the National Minimum Wage which is €9.25 per hour at the moment.

The issue of low pay is even more serious for the many early years educators who are parents themselves. Many also work part-time hours and are on 38-week contracts, and rely on social welfare payments over the summer months.

It is both alarming and completely unacceptable that an early years educator in a one-parent family, working two ECCE sessions per day and depending on additional social welfare entitlements, is potentially living in consistent poverty according to the analysis by Social Justice Ireland (2016). This means that their own children would be entitled to the maximum rate of subsidy toward childcare costs under the targeted element of the proposed new Affordable Childcare Scheme, as the level has been set to support all families with incomes below the poverty line.

The Minister for Children and Youth Affairs, Dr Katherine Zappone TD, speaks passionately about transforming Ireland’s childcare system from one of the most expensive in the world to the best. However, no system of service delivery can ever claim to be “the best in the world” if it relies on low wages, additional unpaid work, low social status, a heavy workload, and a lack of career progression with no incentive to professionalise. Indeed, it is very telling that the average rate of pay for degree qualified Room Leaders is €12.30 per hour, a negligible financial return of just €1.18 for early years educators who invest their own time and money to gain further education.

The video contributors tell the story better than anyone. Lisa, Edwina, Maria, Coleen, Rebecca, Jessica and Claire describe with incredible honesty what it’s like working a 40-hour week and still being unable to afford rent, let alone contemplate a mortgage. Having to sell their car and return to live with their parents. Worrying about whether they will be able to afford to have children of their own. They and other early years educators the length and breadth of Ireland are making unbelievable sacrifices to their quality of life to remain working in a sector they feel passionately about; but everyone has a breaking point and for many that point has already come. This is evidenced by the increasing difficulty in attracting, recruiting and retaining qualified staff into the sector.

It can be difficult for people outside the sector to understand why pay is so poor. They may wonder why services simply don’t pay more. The media mantra is ‘They charge enough fees, right?’ Yes, fees are very high, nearly four times the OECD average and the highest in the EU. However, the average ECE service in Ireland, whether private or community, urban or rural, is operating on a breakeven basis. As poor as wages are, the wage bill for larger childcare services can reach up to 80% of total operational costs. Why? Because the ECE sector in Ireland is chronically underfunded.

State investment simply does not meet the actual cost of providing quality early childhood care and education to children. ECI warmly welcomed the announcement by Minister Zappone in August 2017 that an Independent Review of the cost of delivering quality childcare would be completed in advance of Budget 2019. As per our recommendations in Doing the Sums, the review must look at variations which impact the cost of quality childcare provision, for example whether the service is community or private; the geography, disadvantage, ongoing professionalisation, and future cost pressures such as wages.

The impact of the pay and conditions crisis on the lives of early childhood educators, the quality of experience for children in settings and the ability of services to recruit and retain staff was central to our Budget 2018 submission and inspired our key Budget asks.

ECI is confident that the urgent need to address pay and conditions in the sector is understood and that movement can be made. We are committed to working with our members, their staff and Government to bring about proper remuneration through a nationally agreed pay scale or indeed the more recently mooted Sectoral Employment Order through the Labour Court. As always, we will keep members updated on progress.

On Monday, 13 June, the Economic and Social Research Institute published a report, commissioned by the Department of Social Protection,…
Read More
PrevPrevious
NextNext

On Monday, 13 June, the Economic and Social Research Institute published a report, commissioned by the Department of Social Protection,…
Read More